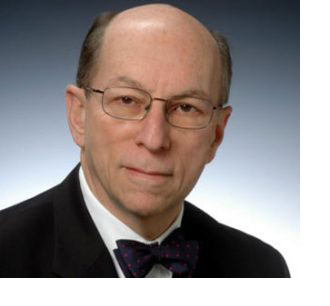 Edward G. Marks had a varied career in the law, prior to his retirement in September 2013 after 46 years in the profession. The early years of his practice saw him in the courtroom, litigating primarily personal injury, civil rights and commercial matters. From 1976 through 1995, he served as primary outside counsel for the largest health insurance company in Ohio. In recent years, his practice has focused in the fields of estate planning, trust and probate administration, representation of non-profit organizations, and working with individuals in a broad variety of their legal needs.

Edward Marks has long been interested in communications and the Arts. He represented the family of Cincinnati philanthropists J. Ralph Corbett and Patricia Corbett for many years, and through them gained an increased interest in many of the arts institutions of our community.

Since the early 1970s, he has served as Secretary of Cincinnati Arts Association and its predecessor, Cincinnati Music Hall Association. (CAA operates Music Hall and the Aronoff Center for the Arts, plus the Weston Art Gallery and an education program that serves up to 100,000 school children each year.) He is also on the board of Ensemble Theatre of Cincinnati, and chairs its Governance and Nominating Committee. Further, he is secretary of Greater Cincinnati Arts and Education Center, which in partnership with the Cincinnati Public Schools, recently completed construction of a $62-million School for Creative and Performing Arts; GCAEC also has assumed a commitment to raise permanent funding for the arts programs at this K-12 arts school.

Edward G. Marks has volunteered, as well, as a legal advisor and/or volunteer with numerous other non-profit organizations, including a stint as president of Cincinnati-Kharkiv Sister City Project. He also was the founding president of Jewish Cemeteries of Greater Cincinnati, and has served on the boards of Rockdale Temple, Jewish Family Service, and the Midwest region of the Union for Reform Judaism.

Edward Marks now serves on the board of Leavitt Institute for International Development, a Utah-based non-profit which teaches a two-semester course both to law students and practicing attorneys in Ukraine, preparing them for the jury system and citizen involvement in the judicial process, guaranteed under the new constitution of that country.

Edward G. Marks believes that an attorney serves one of two roles: to help clients avoid disputes, and to help clients resolve disputes. He prefers the former, feeling that our best efforts are those that keep our clients from being involved